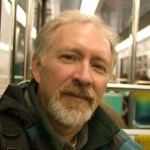 The single most important thing about Jim Copeland’s photographs is that they start with an idea. He considers the idea so important because he creates photographs – he does not take them. All of his photographs are created in the studio and begin with a small drawing.

Jim works using traditional large format camera and lighting techniques as applied to a digital camera. He received his training from Brooks Institute of Photography in Santa Barbara, California where he earned a B.A. in Photographic Illustration. For almost the next 30 years he had a studio in Atlanta and created photographs for the bigger ad agencies in town. Their clients included Delta, Orkin, Coke, YKK, Norfolk Southern, and Meade to name a few. About 10 years ago he started devoting his time to fine art photography. He now sells his works at art shows around the country. In Atlanta you may find him at the Dogwood show, Inman Park, Alpharetta, Duluth, or the Atlanta Arts festival. He usually does about 30 shows a year.

Jim has lived in Huntley Hills along with his wife Myrllis and their son Thomas for almost 36 years. Some of you might remember that he served on the city council for twelve years, nine of those years as the Mayor Pro Tem. During his time on the council he was involved with many changes and upgrades to the city including the Police department, City hall, Public works, and Keswick Park. He has been very involved in scouting as an adult leader serving as scoutmaster, and committee chairman. For his service, the Atlanta area council awarded him the Silver Beaver Award. Thomas’s Eagle Scout project was the patio, benches and planter in Huntley Hills Park.

In Jim’s photography he is very concerned about creative vision. This is because he believes photography is art form and art is about vision. Cameras and computers are just machines and machines cannot create art. The steps in the creation of his photographs are done in a very visual way. There are no secret buttons to press, just time-tested techniques. He creates his photographs by hand one at a time.

For more example of Jim’s work go to JimCopelandPhotography.com.