Where: The NEW Mad Italian location (they say it will be ready!)

Who: Huntley Hills residents Appetizers will be provided and the event is free for all Huntley Hills Neighborhood Association members.

Non-members will pay a small door charge of $5 (or you can join the HHNA for $20 and get in free!). Hope to see you there!

What an awesome Start of Summer Pizza Party hosted by the Huntley Hills Neighborhood Association! Neighbors kicked off the start of summer with pizza in the Train Park at the corner of Admiral and Longview. Check out the video produced by Jim Lyle!

Here are 10 pictures taken May 20 at our block party. So many young families now!

May 6, 2017 – Another awesome Captain Drive Spring Block Party hosted by Omar & Ericka Esposito and Jim & Tammy Lyle! So many happy children and babies. Check out the video produced by Jim!

This year Jeff Williams was invited to perform magic tricks and blow up balloons for the kids.

While the slide show below is running, you can click on a picture to advance to the next one or just wait for it.

Thanks to all our neighbors who came out to a fun and productive work day in the Huntley Hills butterfly garden, organized by our Beautification Chair, Meghan Harris!

Chris Tallman supplies this monthly market data to keep residents informed on home values. He has an 18 year connection with Huntley Hills and was a 14 year homeowner who raised his family here, so he knows the benefits, features and values of the neighborhood. He helps many people in Huntley Hills fight inflated home tax assessments with the county at no charge. He also does a free market analysis for anyone who asks and gives advice to residents who are considering selling their homes whether they use him as their agent or not.

Mar. 2016 Report for January and February

We had a great turnout for our happy hour at Mad Italian on 3/3! Thanks to everyone who came out. And stay tuned for a future happy hour at Vintage Pizzeria in downtown Chamblee. 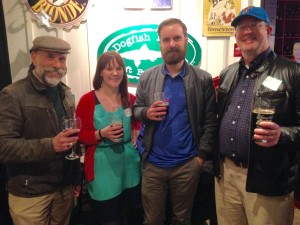 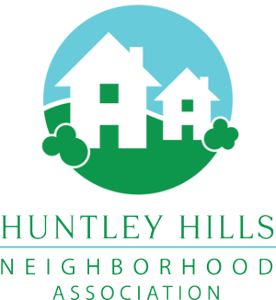 The HHNA Board is excited to announce the winning logo from our logo design contest, submitted by local Chamblee designer Lizz Norman. We appreciate the bright, colorful design, the incorporation of our neighborhood’s hills, and how the two houses cleverly evoke the “HH” in Huntley Hills. Ultimately, the Board selected this logo because we feel it best reflects our mission statement and community.

We’re confident that this modern, professional logo will support our efforts to engage with local businesses, government, neighboring communities, and others for the benefit of Huntley Hills.

Be on the lookout for a feature on contest winner Lizz Norman and her work, which we will be posting on our website in the near future.

Lastly, a huge thank you to everyone who participated in the contest and to everyone who supports the neighborhood association! Your engagement is what makes our work possible.

These photos were taken yesterday morning when the HHNA sponsored a Meet ‘N Greet appreciation breakfast for the folks in public works- well-timed considering how miserable the weather has been for anyone working outdoors this week. Didn’t cost much, didn’t take much time or effort, but the guys were exceedingly grateful to be recognized for their role in making our little city a great place to live and work.

Maybe we can do this more often for others who serve us, you think?

Great news for the many dog-walkers (and non-dog walkers) in the neighborhood! HHNA sponsored six new dog waste stations for Huntley Hills, which have been installed on Forrestal, Commodore Court, Longview near Ellwyn, in the empty corner lot on Ensign and in the triangle at the corner of Longview and N. Shallowford. If you are a dog-walker, please take advantage of these stations to help keep Huntley Hills clean and beautiful. Thank you to Meghan Harris, HHNA Beautification Chair, for taking the lead on this project and thank you to the city public works department for installing the stations. 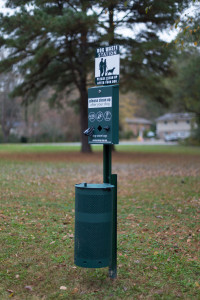 Thank you to everyone who participated in the Halloween decorating contest this year. Your ghoulish and creepy contributions helped to transform our neighborhood into a place that could rival most Hollywood creations! Thanks to everyone that voted as well. All of the races were close and the competition for Best Overall was fierce. In the end the top 8 spots were separated by a margin of only 5 votes!

The winners for the 2015 Halloween Decorating Contest are…

Congratulations to all of the winners!

Now it is time to start planning for the Holiday Decorating Contest, if it ever stops raining long enough to get Halloween put up! This year the time between Thanksgiving and Christmas is one of the shortest possible so be sure to plan accordingly.

Thank you again to all of the participants, decorators and voters. You all helped to make our neighbor the BEST place to live.

The next Chamblee City Council election is Tuesday, November 3rd. Three of the five council seats are up for election in 2015:

To give you a quick overview of the candidates, we invited each of them to submit a 300 word statement about their campaign for City Council tailored to the Huntley Hills audience. Specifically, we asked them: what would you like residents of Huntley Hills to know about you? Their responses are below. Scroll to the very bottom for more opportunities to learn about and meet the candidates.

The Huntley Hills Neighborhood Association does not endorse or hold an official position on any of the candidates.

Opportunities to learn more about the candidates:

Are you a graphic designer or artist? We want YOUR help to create a logo for the neighborhood association! The contest is open to everyone both in and outside Huntley Hills.

We’re looking for a visual representation of our new mission statement that will support our efforts to engage with local businesses, government, neighboring communities, and others for the benefit of Huntley Hills. We know there are many talented, creative neighbors and friends of Huntley Hills out there and can’t wait to see the designs you come up with!
END_OF_DOCUMENT_TOKEN_TO_BE_REPLACED

This year’s Huntley Hills Herald is fresh off the press and has been mailed out to the neighborhood. You can also take a look at the electronic version here. Thanks to everyone who contributed content and special thanks to our Newsletter Chair Ann Tamli for coordinating the effort!